Hayato Takano is an artist who got his start while he was still a teenager. In 2002, he transitioned into collage art, making a piece for his then-girl, who is today his wife. A poor music student in Los Angeles at the time, Hayato made the present out of necessity, using torn sheet music as the material and stumbling into a lifelong passion for the medium.

In September 2016, Hayato put on his first major art exhibit, at Mr. Musichead Hollywood. His work was featured shortly thereafter, in February 2017, in the book Making the Cut, Vol.1 the World’s Best Collage Artist, and later that month, a piece of his was featured at the Grammy Charity Event. BBC News did an interview feature about him in March 2017, leading into April 2017, when he was one of the 236 finalists out of 4207 for Art Revolution Taipei, where he won the Chairman’s Award. 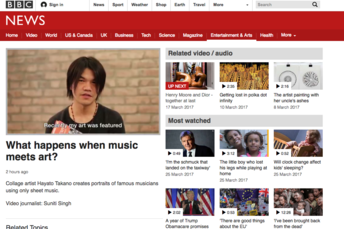 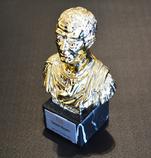